UPDATE: Breana Runnels led both sides of the net with 20 kills. Lily Felts had 9 and Ava Bell had 6. Bell put down 9 blocks, and was followed by Natalie Hayward with 7, and Danielle Mahaffey, Felts, and Meghan Fingall with 4 each. Paola Laborda had 18 digs while wearing the libero jersey; Felts had 12, Fingall had 11, and Runnels and Hayward had 10 a piece. Hayward assisted on 33 kills.

Hayward and Runnels earned double-doubles in the match.

With 16 blocks, Tennessee has had double digit team blocks in 16 matches this year — including the last 6 matches in a row.

The Lady Vols have made it to the second round in 5 of their last 6 tournaments. 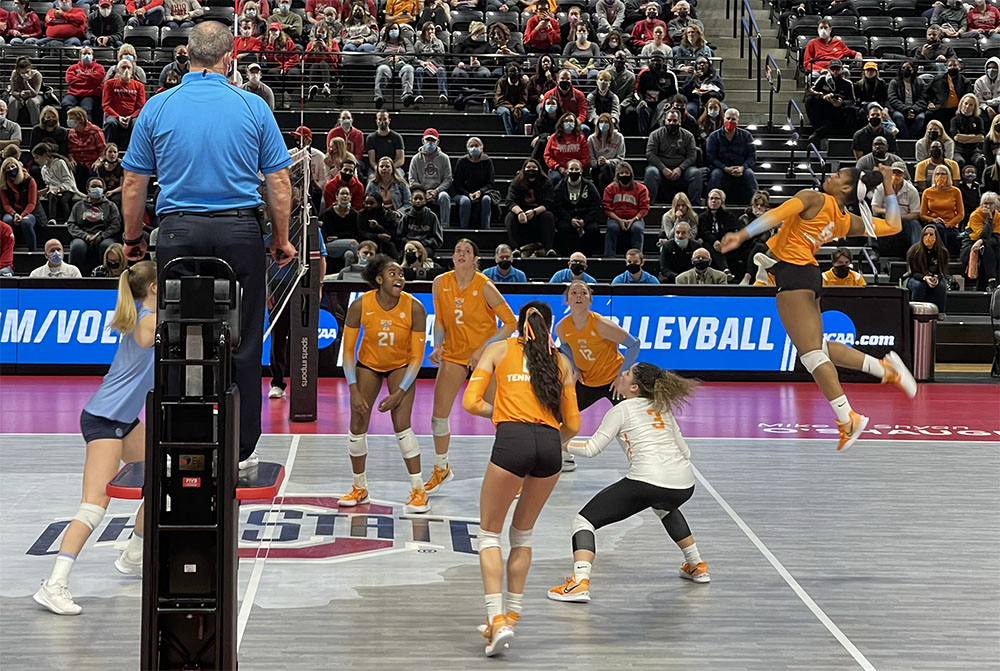 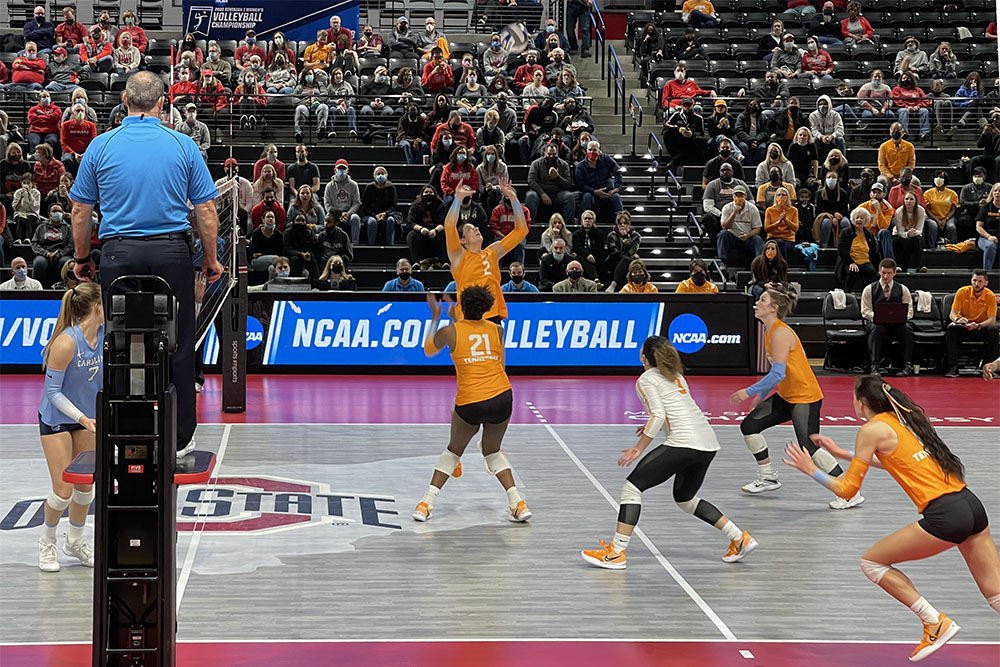 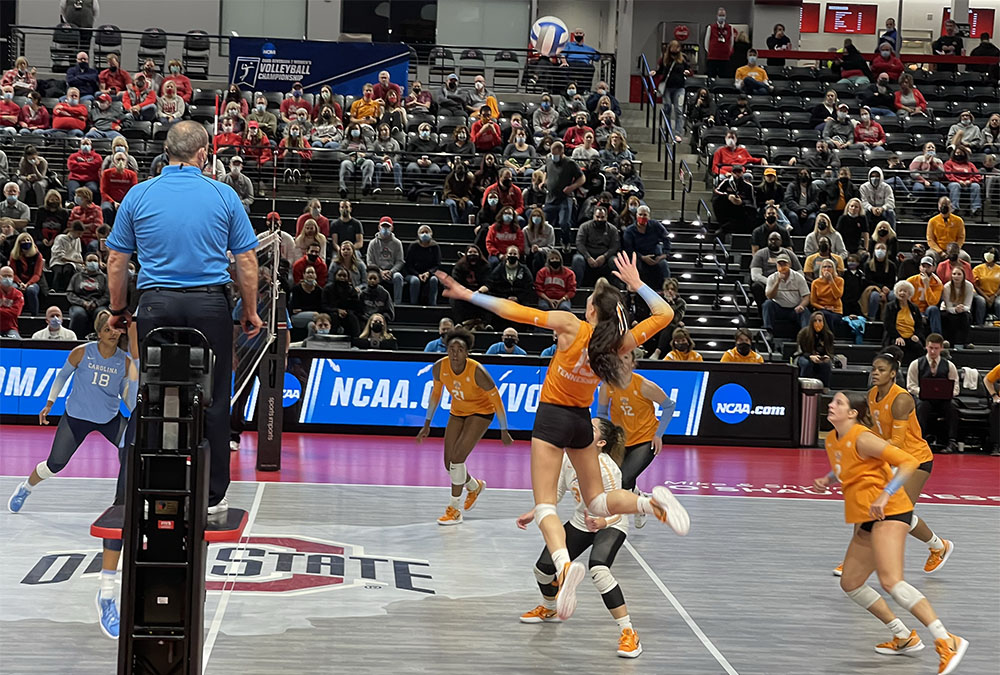