The Final Four begins tonight from Columbus OH! Here are some very quick facts about the teams in contention and how they connect to Tennessee.

Tennessee and Louisville were friendly rivals for just over thirty years between 1979 and 2011, playing each other on average about two times every three years.

In 1982, the two programs co-hosted a tournament in Louisville called the Cardinal-Volunteer Invitational. The next season, the teams came to Knoxville to co-sponsor the Volunteer-Cardinal Invitational.

Former UT head coach Julie Hermann (1991-1996) was an administrator at Louisville for 16 years, ending her tenure there as senior associate athletic director.

In 2011, UT played Louisville while Busboom Kelly was an assistant there and Hermann an administrator.

I’m not going to be an objective observer of this Final Four! As I mentioned in a post I made my very first year writing this blog, before moving back to Knoxville I lived in Louisville for several years and my son was born there. And because who knows when I’ll ever get the chance to say this sentence again, I have a funny personal anecdote about a potential national championship winning coach from one of my favorite teams! Back when Dani Busboom Kelly was an assistant at UT, the team held a clinic after a match which allowed kids to come down to the court, hear from the team, tour the locker room, and train with the Tennessee players on different skills for about an hour while the parents watched from the stands. My daughter, who would have been nine or ten at the time, was an enthusiastic player who never shied away from going after a ball. During a passing drill she fell, got up, and went right back to it. However, I could tell from my seat that she had hurt herself — nothing major, but enough that she was obviously trying to hold back her tears. Not wanting to embarrass my kid by going out on the court to check on her, I left the stands to go to the person watching over this drill, Dani. I pointed out my child to her and said, “I think my daughter might have hurt herself when she fell”. Without missing a beat, Dani said, “And look how well she’s fighting through it”! I thought to myself, “That’s not a terrible lesson to learn while playing alongside the Lady Vols” and went back to my seat. Sure enough, when the clinic ended a bit later, she was completely fine and excited about getting to participate!

All three matches in the series were played in 1980 and 1981, and technically Tennessee has a two match winning streak!

Tennessee graduate student Nicole Shanahan transferred to Knoxville from Wisconsin, where she played from 2017-2020. 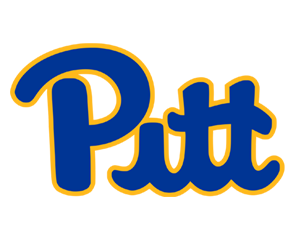 Pitt a common opponent in the 1980s. UT played them 12 times in that decade, but have only met them 6 times in the 30+ years since.

The Panthers are one of five top ten teams the Lady Vols faced in 2021. A one point swing in the third set could have given Tennessee the eventual win, but they did manage to take the #7 team to five sets before falling. The Lady Vols held Pitt to the second lowest hitting percentage by a top ten UT opponent since 2001. Pittsburgh’s 16 points in the second set was the second fewest they’ve scored in a set this season.

The last meeting between the teams was the 2007 season opener in the very first Tennessee match after I started this site. 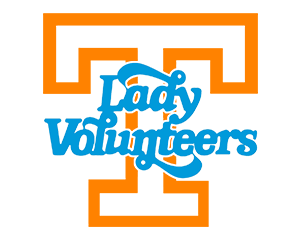 Tennessee seniors in 1983 played all four teams in this year’s Final Four a total of 13 times, going 8-5.