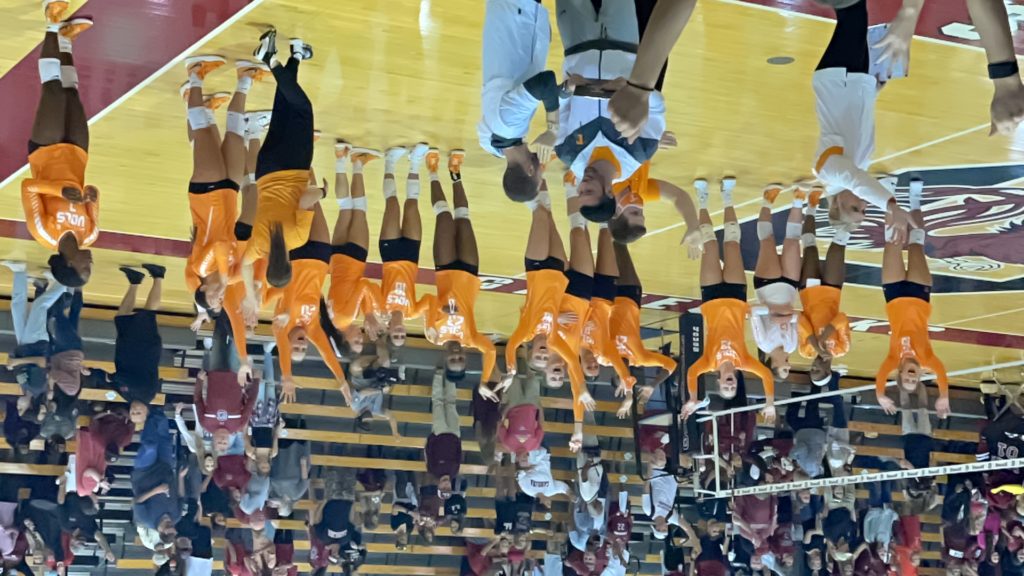 UPDATE: Lily Felts led the offense for UT with 13 kills. She also served three aces in a row for the 22nd, 23rd, and 24th points of the third set. Breana Runnels was just behind with 12 kills. Felts and Runnels also paced the defense with 9 digs a piece. Nicole Shanahan was the Lady Vol blocks leader with 3. Four other players each put up 2 blocks. Natalie Hayward had 34 assists.

Great catch from the official site: coach Eve Rackham Watt’s second victory over the Gamecocks put her at 67 career wins, moving her into fourth place in total wins in program history.

With at least 11 games still to go this year, Tennessee has already hit over .350 in a match six times. That currently ties for the fourth best total in a season since 2001.