The Lady Vols earned a 3-0 victory over Mississippi State in Starkville (25-10, 25-18, 25-18). That first set score tied the UT rally scoring record for fewest points by an SEC opponent. The win gives Tennessee their 29th winning season since 1978. Many more details from this match and the previous one tomorrow! 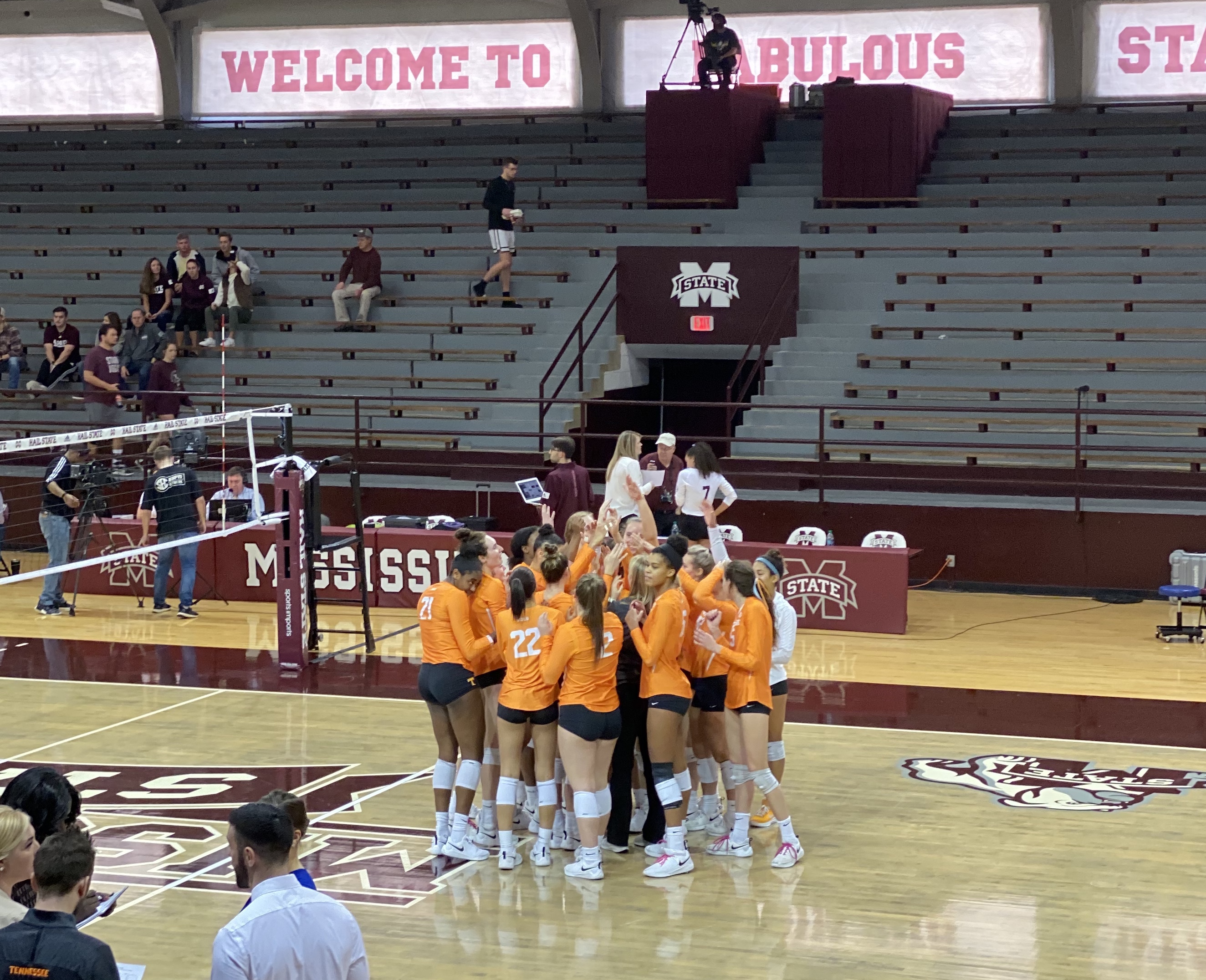 UPDATE: Addisyn Rowe and Lily Felts had 9 kills each. Tessa Grubbs had 8. Rowe matched UT’s 2019 single match high for blocks with 7. Sedona Hansen put up 23 assists while Kailey Keeble had 9. Keeble led the team in digs with 13. Asha Phillips added 12 more and Madison Coulter 10. After a bit of a drought, Lily Felts cemented her status as the team leader in aces this year with 4 more added to her total. Danielle Mahaffey picked up 3 aces — the first time she has had more than one in a game. And Phillips finished her final regular season match with 2.

Tennessee’s 12 team aces were the third most for the team in a rally-scoring era match.

UT held the Bulldogs to just 46 actual points. That’s the 18th fewest by a UT opponent since 2001. It’s the 7th fewest by an SEC opponent in that time — and the lowest UT has held a conference foe since 2011.

This was the only match of the season where no player reached double-digit kills.