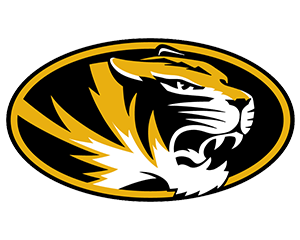 After a nine day break the Lady Vols finally hit the floor again, taking on Alabama and Missouri at home.

With the SEC Network choosing to exercise their option to pick up the Tennessee vs Missouri match, the Lady Vols will be on TV for a school record eight times this regular season. (They were also on TV eight times in 2005, but two of those matches were in the NCAA Tournament.)

Rather than rehash notes on opponents I’ve already written about once this season, today I’m going to be looking at some of the team’s numbers in the UT record books as we go into their remaining four regular season matches. Apologies if I miss anyone! (Feel free to check out those previous notes for Alabama and Missouri.)

• Tessa Grubbs has 1,362 career kills, which stands as the 9th most all-time. She’s averaging over 16 kills per match this year. At that rate and with four matches remaining she might end up around 1,427, which would be good for 8th place — 27 kills away from 7th.

• Grubbs has a 3.75 kills per set average. That would be the 3rd best all-time, and the highest among UT’s rally-scoring era players. She’s at 4.12 on the year, which would be the 16th top mark in a season.

• Grubbs has a career hitting percentage of .265. If she finishes there she would be 19th all-time.

• Sedona Hansen has 3,352 assists. That’s the 5th most in a career at UT. This year she is averaging about 34 assists per match. She would need about 47 in each of her remaining games to move up to 4th place all-time — something she has done five times already this season.

• Hansen has had 8.18 assists per set during her time on Rocky Top, which is the 9th most all-time.

• Hansen has dug up 1,098 balls in her career, which puts her at 13th place all-time. She needs to average just 10.5 digs in the remaining four matches to crack the top ten.

• In rally-scoring era matches (all matches since 2001), the UT record for career double-doubles is 62. Hansen is at 59 with four matches remaining. (The official Tennessee match notes say 62 is not just the rally-scoring record, but the all-time record.)

• Alyssa Andreno currently has 322 career blocks, good for 16th place at UT all-time. If she remains at her current pace this season (3.75 blocks per match) she would reach 14th. With just 5.5 blocks in the remaining four matches she would be in the top ten.

• Andreno’s 0.87 blocks per set currently ranks as the 15th best at the school all-time.

• Madison Coulter has 378 digs on the season — 18th most at UT. At her current pace, in the upcoming four matches she would break into the school’s top ten season digs chart.

• Lily Felts could crack the rally-scoring era top 20 in season aces with an ace in each of the remaining matches.

Donations for Second Harvest Food Bank will be accepted all weekend.

You can print this voucher for free admission to the Alabama match.

Friday’s match vs Alabama is Marvel-themed. The first 150 fans get a free t-shirt.

Sunday’s match is a “Salute to Service” and Kid’s Day. Current military members and veterans (with military ID or DD 214) will receive complimentary admission for themselves and their immediate family. Kid’s 12 and under also get in free and there will be activities for them on the concourse.

Coach Eve Rackham will hold a Chalk Talk before the Missouri match, and the team will sign autographs after the match.

Details on promotions can be found here. Parking and security information is online here.