Tessa Grubbs led UT with 16 kills. She hit .600 for the match. Morgahn Fingall had 8 kills and hit .615. Ava Bell, Alyssa Andreno, and Danielle Mahaffey put down 3 blocks each. Setter Sedona Hansen had 33 assists. Giana Pellizzon had the most digs on the court with 10. Madison Coulter served up 2 aces.

The team hit .427 vs .064 for the Bison. That’s the 11th best hitting percentage for Tennessee and the 8th widest margin between UT and an opponent in a winning effort since 2001.

The Lady Vols only had 7 hitting errors in the match — the 6th fewest in the rally scoring era.

Sedona Hansen was named the tournament MVP. Madison Coulter and Alyssa Andreno were named to the All-Tournament Team. 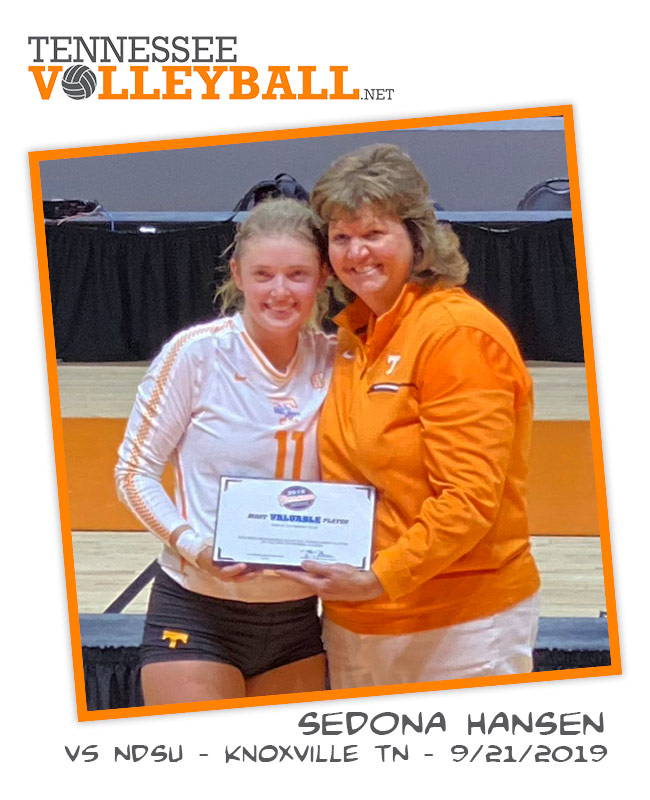