Friday, January 12, 2018
A look back at Patrick’s historic career in numbers

As Tennessee prepares for the future with new head coach Eve Rackham, let’s take a last look back at some of the amazing numbers put up by the man who led the Lady Vols the longest and most successfully: Rob Patrick.

I had hoped to get this piece done before UT hired a new coach and, while I knew this would be a faster search than the previous one, I thought I might have at least another week or two to finish. When head coach Julie Hermann left the team in February of 1997, it took UT until June to announce a replacement! That new hire was also a first time head coach who’d had success as an assistant and recruiter. 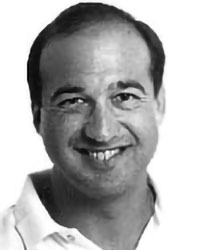 Patrick at Stanford, 1996
That volleyball program making the move to a new coach was in a very different situation. The team had had only 4 winning seasons in the previous 12 years and made one NCAA Tournament appearance. They’d been knocked out of the SEC Tournament in the first round eight years in a row. And an embarrassing lawsuit involving coaches had not gone UT’s way. After a search that seemed to take forever — or as the local paper headlined it at the time: “Lady Vols’ Coaching Search Goes On… And On” — the school announced the hiring of Stanford assistant coach Rob Patrick. The rest is Tennessee volleyball history. (If you want an in-depth look at his first season on Rocky Top, be sure to check out one of my previous articles.)

Here’s a far from complete look back at Patrick’s career by the numbers:

I think these numbers make the case rather forcefully that Rob Patrick is without question the greatest coach in Tennessee volleyball history. And a strong case can be made that, at this point, he may be the second most successful coach in SEC history as well. But coaches know full well when they sign up that job security in their profession is not something you can count on. The number that keeps you safe is not how many years you’ve been here, nor even total wins — but what have you won lately.

So, I’m not here to say the university was wrong if they wanted to consider other options. However, if they were thinking that and knowing his contract was set to expire at the end of the year, why wait until December? Why not give the fans a chance at giving this coach, the top coach in school history, a proper send off during the season? Yes, it might have been a bit of a distraction, and maybe the coach himself preferred it this way, so keep in mind this is all speculative on my part. But it seems to me an opportunity was missed that I hope gets corrected one day in the future.

I am excited about the future of Tennessee volleyball under coach Rackham! But the program has lost a big piece of its history without much fanfare, and so as the baton is officially passed let’s recognize and thank coach Patrick for his contributions to the Lady Vols over two decades.

In 1997, a 36 year old first time head coach came to Knoxville and told the local paper the most common thing he heard from potential recruits when talking about UT was they didn’t know much about us. “I feel like a preacher, going out and spreading the word about Tennessee”.

Now 21 years later, another 36 year old first time head coach is in town. But things are different this time. When she was asked about getting recruits to consider UT she said, “the good thing about Tennessee is that it’s a university everyone knows. It’s got a national brand and we can go anywhere… I know that this place will sell itself.”

Thanks for that coach Patrick. You’ve left some big shoes to fill — and I don’t mean those fancy white ones you used to save for big games! Tennessee will not be the same without you, and, thankfully, Tennessee is not the same because of you. 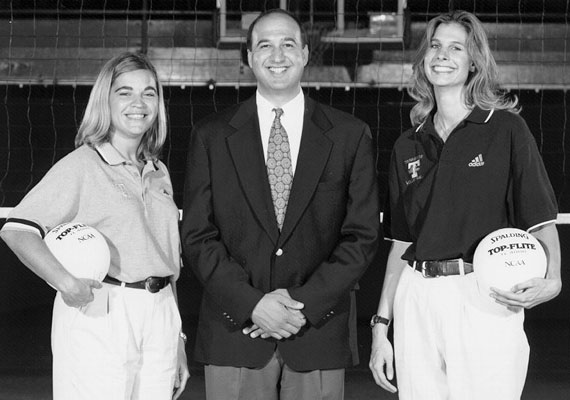